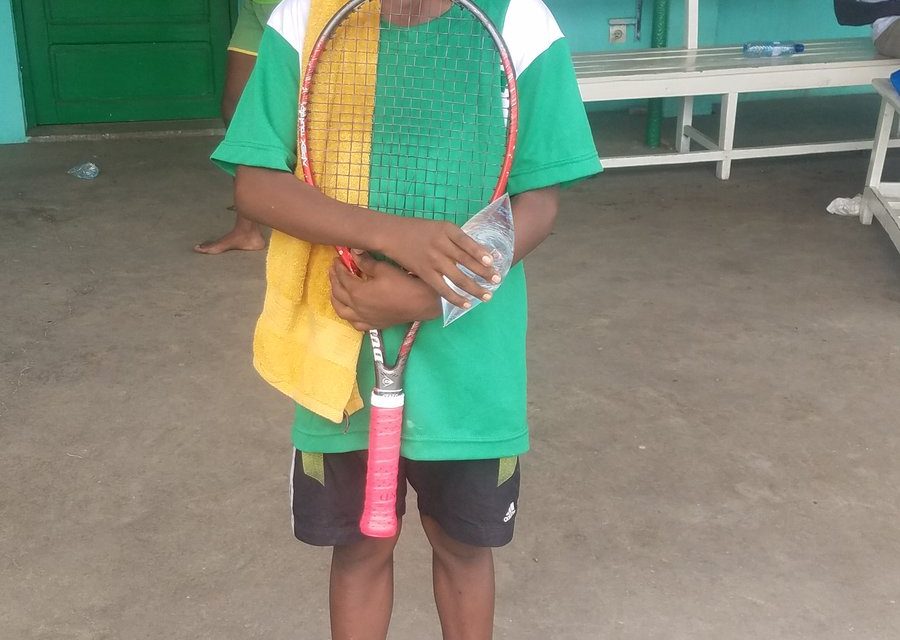 Team Nigeria kick-started their AJC Finals qualifier campaign for Under-12 in the boys category, with the young guns taking on the Beninese team, while the girls’ team fell 0-2 to the Ghanaians, all on Wednesday.

In the boys’ event against Benin, Seun Ogunshakin gave Nigeria a 1-0 lead, with a 6-3, 7-5 victory in the 1st singles, but the team failed to build on that lead as they were beaten in the 2nd singles rubber and doubles rubber to hand the host nation a 2-1 win on Day 1.

Ogunshakin, aged 10, got proceedings underway in the 1st singles rubber against Kakpo Pacome, and secured the opening set 6-3 with minimum fuss. Pacome would turn on a strong performance in the second set and was a game away from leveling the match, before Ogunshakin rallied from 4-5 down to power to a 7-5 win, setting the Nigerians on the front foot.

In the second singles, however, Mohammed Idris couldn’t match the rock solid form of Ponthi Isman as he was beaten 6-3, 6-1. Idris combined with Ogunshakin in the doubles rubber, but failed to get the breakthrough as they went down 1-6, 5-7 to the Beninese.

In the girls’ category, Salamatu Haruna was beaten by Ghana’s Tracy Ampah 6-2, 6-2 in the 1st singles rubber. Afterwards, Imole Afolabi sought to level matters in the 2nd singles, when she rallied from a set down to force a decider. But she would cramp in the final set, before succumbing to a 3-6, 6-4, 3-6 defeat, leaving the Ghanaian girls to claim an unassailable 2-0 lead on the opening day, with the doubles rubber left to play.

The coach, Abdulmumin Babalola blamed the players’ rather erratic display on nervousness, but is positive they’d regroup and perform better in their subsequent matches.

“The players were nervous because it was their first time representing Nigeria outside the country,” Babalola said “I’m impressed with them because they played well, but they couldn’t just win. I’m positive that they’d get better as they play their second match tomorrow.”

The team will now seek to shrug an opening day disappointment and get on song, when they continue their campaign in their respective categories on Thursday. 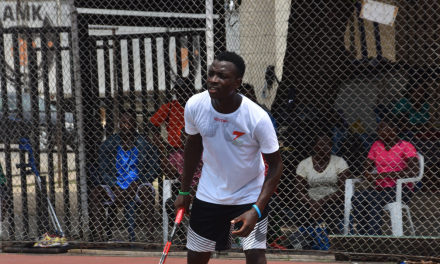 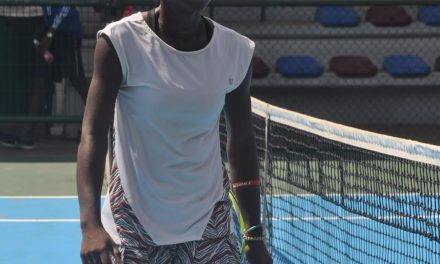 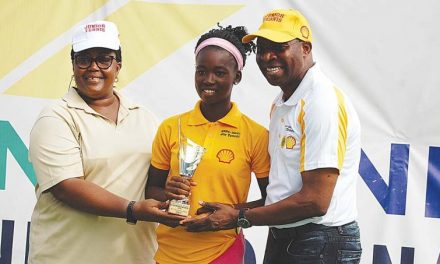