Nigerian sensation, Oyinlomo Quadre, has just hit an all-time career-high in the ITF World Junior Rankings. The 17-year-old, who won the Women’s Singles title at the CBN Senior Open in November 2020, is currently ranked 92, and is the highest ranked Nigerian on the list.

This feat is very impressive, not only because just a little less than two years ago, her ITF Ranking was 326, but also because 2020 was almost an uneventful year, and she wasn’t able to participate in some of the already lined up Grade 1 junior tournaments she intended to compete in.

Recall that in March 2019, when her loss at the first round of two Grade 2 tournaments in Tunisia made her rank 326th, she had said that her goal was to go up about 200 places on that ranking, by the end of that year.

Her international strides in Tunisia and Algeria in 2019 helped boost her ranking, and at some point she was 176th, just 30 place shy of her Top 150 goal. Although she finished 2019, at the 167th spot, after a title-run at a Grade 4 event in Cotonou, Benin Republic, and a Grade 5 event in Abuja, Nigeria.

By February of 2020, she improved her ranking to 132nd after another title-triumph in Pretoria, South Africa, just before the Coronavirus Pandemic shut down Tennis activities all over the world.

In a November 2020 interview, after the return of sports in Nigeria, Quadre had said she came into the year 2020 hoping to get herself into the Top 100, “I have to postpone the [top 100] goal and change it a little bit, I can’t really waste a lot of time. So next year, I plan to play in the Junior Slams. Of course, I have to first improve my rankings, but my main goal is on the WTA circuit.”

Oyinlomo Quadre, has now achieved that feat as she’s currently ranked 92 with 415 points, only 9 places behind Moroccan Yasmine Kabbaj, the only other African higher on the list. With her new rankings, she can now move to other things, like playing the Junior Slams this year as this will be her last year as a junior player on the ITF circuit.

Her new career-high ranking puts her 360 places above the next Nigerian on the list, Marylove Edwards. Also, the higest ranked Nigerian male player on the Junior World Rankings is Emmanuel Jebutu at 505. 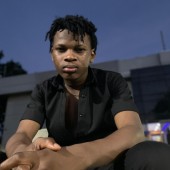