Kalenichenko rallied from a set down to beat the Austrian 6-7, 7-6, 6-4 and reach his second semifinals this season. Neuchrist was returning from a 7-month injury lay-off and Kalenichenko was looking to exact revenge for a second round loss to the Austrian at this event last year.

Both men played impressively and stayed solid on their service games. They split the tiebreaks of the first and second sets, before Kalenichenko got the crucial break in the third set to ultimately prevail.

“I felt that I played better in the 1st set, because I know Max [Neuchrist] had little injury in his leg,” said Kalenichenko, who’s ranked 595th in the world. “So, I was trying to keep the ball in and to play more rallies. I knew I could do it because I felt very good physically.

The Ukrainian takes his revenge against the Austrian as he wins the final set against the top seed. Up next is American Peter Kobelt.

The 25-year-old now looks a favourite to win the tournament after his victory over the defending champion. However, he says he’s under no pressure, but will try to keep going despite the weather conditions.

“I don’t feel any pressure because I try to enjoy every match, because it’s tough conditions here,” he said. It’s not exactly what I like but I’m fighting for every point and every game. So I’d try to do my best to win this tournament.” He takes on American qualifier, Peter Kobelt in the semifinals on Saturday. Kobelt defeated Maximilian Neuchrist (Neuchrist retired due to injury in the second set while trailing 6-7, 3-4) in the first round of the Tombim Open last week en route to a quarterfinal finish. The American is now chasing his fifth title on the ITF World Tour and hasn’t dropped a set so far this week. Kalenichenko knows it wouldn’t be easy against the 28-year-old.

“I saw few points, few games from how he [Kobelt] played last week against Max [Neuchrist]. I also saw how he played today [Friday] against Gilbert [Soares Junior]. I know what to expect. He has a very good serve and some pretty good shots from the baseline.

“One more good player for me to beat,” he added. 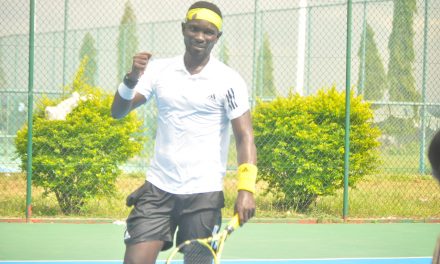 “It’s a thing of joy if I win”, Babalola closes in on record-equaling seventh CBN crown 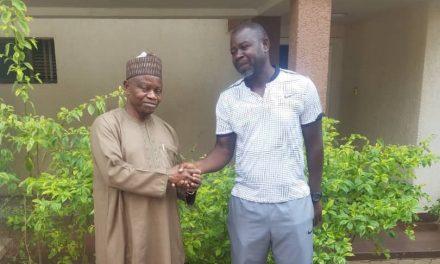 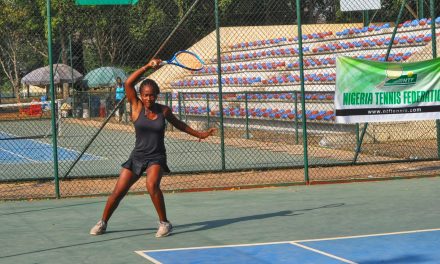 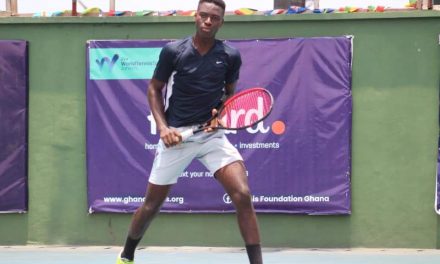