Oyinlomo Quadre produced something close to tennis perfection to beat Nigeria’s No.1 Blessing Samuel and advance to the semifinals of the CBN Senior Open in Abuja on Thursday.

Quadre conceded only two games, as she breezed to a 6-1, 6-1 victory, dashing Samuel’s hopes of a maiden CBN Open title in the nation’s capital.

Quadre, who came in as a wildcard, has been thoroughly impressive so far, beating Serena Teluwo, Osariemen Airhunwhunde and now the top seed to make progress. The 16-year-old, ranked No.2 in Africa and 158th on the ITF World Junior Rankings,  will seek to keep up the excellent form when she takes Blessing Anuna for a place in the final. Anuna needed three sets to beat Bukola Olowu, registering a 6-2, 2-6, 6-3 victory.

Elsewhere, Christie Agugbom stayed on track in her bid for a third CBN Open title with a superb 6-1, 6-3 victory over Omolayo Bamidele in the quarterfinals. The 37-year-old, yet to lose a set in this tournament, will next take on 2010 runner-up Aanu Aiyegbusi, who made light work of qualifier, Jumai Mohammed to win 6-2, 6-3. Aiyegbusi has also been in a rich vein of form and her win today was every bit as emphatic as Agugbom’s. Christie Agugbom is on track for a third CBN Open title.

In the women’s doubles event, quarterfinal and semi-final action took place today, with double defending champions, Blessing Samuel and Christie Agugbom reaching the final, where they will square off against the pair of Oyinlomo Qausre and Mary Tenu-Michael for the title.

Samuel and Agugbom eased past Christy Nwankwo and Omotayo Osewa 6-1, 6-3 in the quarterfinals, before going on to beat Oluchi Ozurumba and Patience Onebamhoin 6-1, 6-2 in the semis.

Meanwhile, Quadre and Tenu-Michael, both of whom won the doubles title at the National Sports Festival in Abuja last year December, made light work of the duo of Oiza Yakubu and Iye Onoja in the quarterfinals, winning 6-2, 6-2 and then defeated Osariemen and Aanu Aiyegbusi 6-4, 6-2 to make the final. 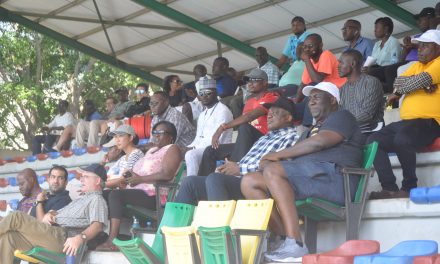 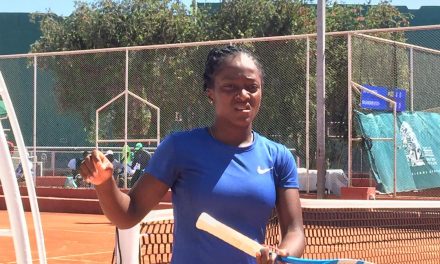 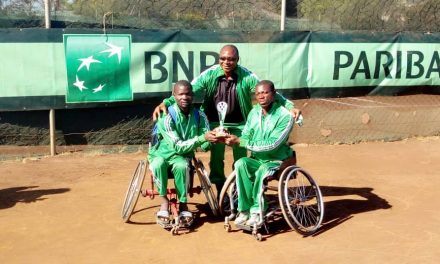 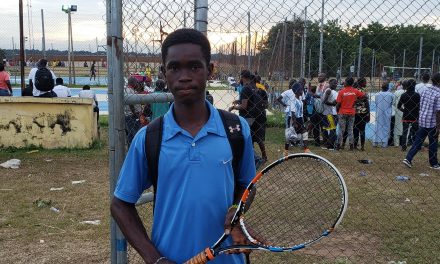